In-country support by the SEM

The State Secretariat for Migration (SEM) also strives to protect and defend the rights of migrants and refugees in their regions of origin and transit. This is why we support countries of first arrival and transit, such as those adjacent to Syria, in the Horn of Africa, and North Africa. Our objective is to improve living conditions for migrants and refugees (through protection, registration, supplies, etc.) and to help make the local asylum and migration systems more efficient. In doing so, we hope to take the pressure off migrants to continue the irregular and often perilous journey to Europe. North Africa is a key transit region for irregular migration to Europe. Apart from migrant-protection projects, the SEM also supports projects in this region for the voluntary return of migrants and for rescue operations at sea. 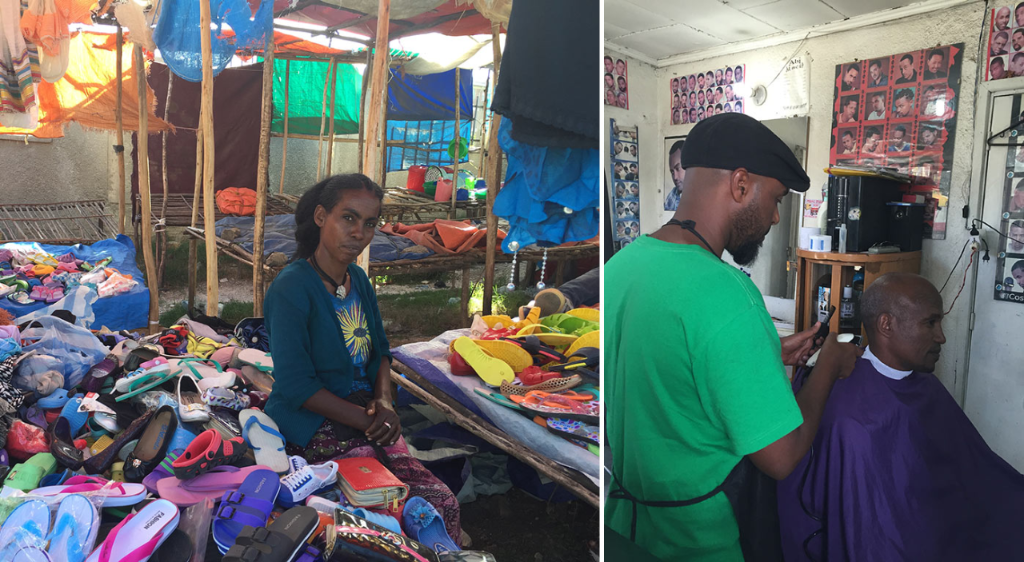 Ethiopia’s “out-of-camp” policy enables Eritrean refugees to leave the refugee camps in Northern Ethiopia under certain conditions and move to Addis Abeba. The SEM is contributing a total of 1.05 million francs to a two-year project by the Norwegian Refugee Council (NRC). The NRC supports the out-of-camp policy by helping refugees build new and lasting livelihoods for themselves. A Resource Centre in Addis Ababa will serve as the central point of contact. Here, refugees will receive appropriate information and have access to a computer room and a library. Training courses are already being held on this site. The NRC discusses the refugees’ project proposals with them and disburses start-up grants for them to work on improving their own prospects. Funding is also available for particularly vulnerable refugees to cover their most urgent needs, such as medical care. 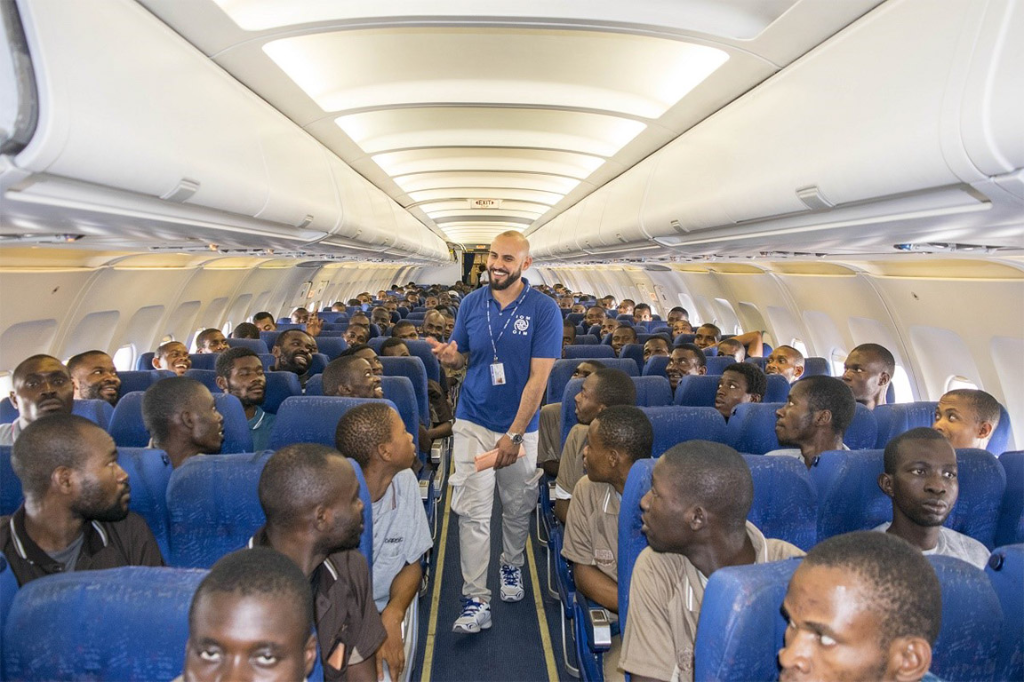 The SEM is eager to help improve the management of migration flows and set up measures to protect migrants in Libya. To this end, we worked with a number of prospective partners to identify potential projects in Libya, despite the country’s descent into chaos and the fact we have no permanent staff based there. Over a year, the SEM thus contributed 1.054 million dollars to support an IOM project in Libya for the assistance and voluntary return of migrants to their countries of origin (mainly sub-Saharan Africa). The project sought to help 440 vulnerable or detained migrants organise their return, i.e. obtaining travel documents from embassies, necessary medical attention before leaving, direct flights back or via Tunisia, cash allowance for the return trip, restoration of family contacts. A limited reinsertion support package (1,000 dollars, reception and advice in the country of origin) was available for 90 particularly vulnerable people. The IOM estimates that more than 5,000 migrants are being detained or are particularly vulnerable. Through its local staff and six partner associations in Libya, the IOM has access to certain places of detention and is regularly called upon – also by the embassies of Sub-Saharan African countries – to organise returns. In particular, the IOM’s cooperation with Libya’s Department for Combating Illegal Migration (DCIM), under the Interior Ministry, gives it access to detention centres and to vulnerable migrants. This project was completed at the end of August 2016. 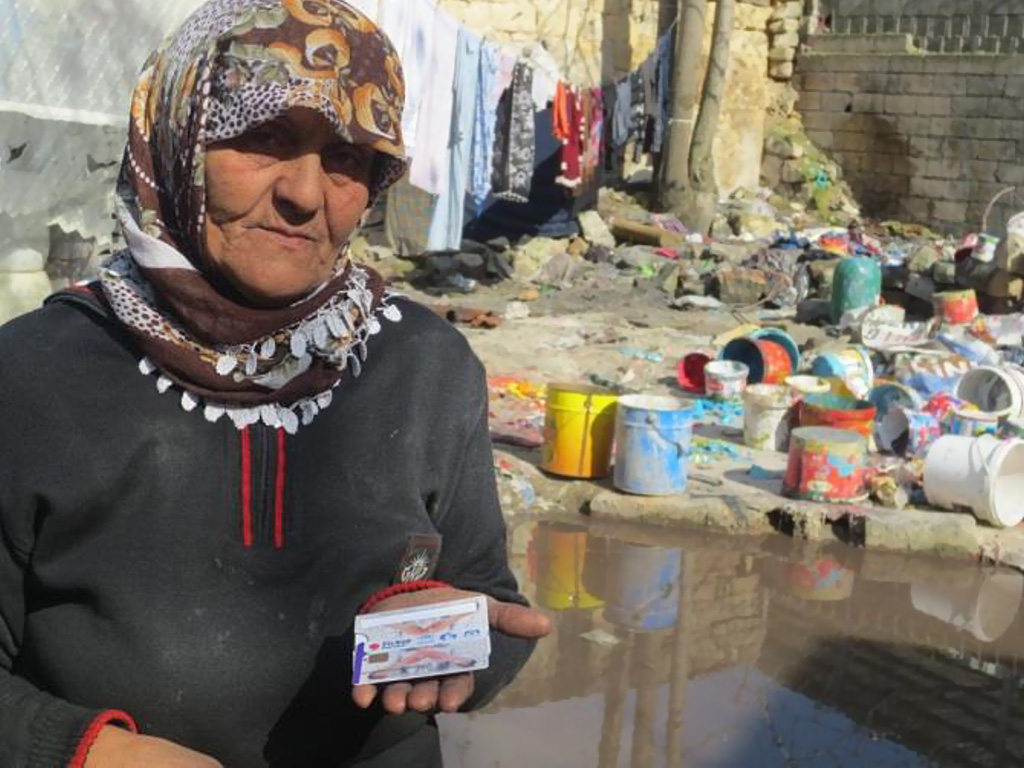 Turkey has taken in more than 2.7 million Syrian refugees, most of whom are living outside of the official camps. Since 2013, Switzerland has supported a UNHCR project to protect and assist non-camp refugees in Turkey. The primary goal of this project is to improve the capacity of the Turkish authorities (Directorate General for Migration Management) to register Syrian refugees and to directly support the Syrian refugees living outside of official camps. If refugees can be registered quickly and efficiently, they can then access the state aid offered by Turkey in healthcare and education. Since being launched in 2013, the project has evolved in line with the authorities’ needs. In the first phase (2013-2014), the Turkish authorities received a mobile registration centre to improve the quality and speed of refugee registration. In the second phase (2014-2015), UNHCR assisted the authorities in setting up the GOC NET system, a database for refugees in Turkey. Now in its third phase, the project is helping the Turkish authorities to increase their registration capacity by way of UNHCR training and the provision of interpreters and digital scanners. Phase III has a budget of 1.4 million francs and will continue until April 2017.